HotAIR - LOST & FOUND -- A Faker is Celebrated, A Seer is Overlooked

HOME > NEWS > LOST & FOUND -- A Faker is Celebrated, A Seer is Overlooked

LOST & FOUND--
A Faker is Celebrated, A Seer is Overlooked 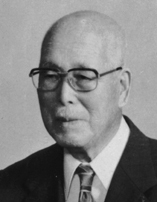 Here, a Fraud the Press Loved to Cover

A much-praised archaeologist named Shinichi Fujimura was recently shown to be little more than a trickster. Till then, he had been lionized by press and public alike. A December 7, 2000 report in the New York Times tells the tale:

Since the unearthing of Stone Age tools was announced here in 1993, Tsukidate and its 16,000 inhabitants have been at ground zero, so to speak, of a giddy archaeology boom in Japan. There have been almost monthly newspaper headlines on ever more astonishing new finds that promised to fill in the picture of early man here....

But just as surely as the town's fame was fueled by eager press coverage and screaming headlines, so was its downfall. In November, the daily Mainichi Shimbun shocked its readers with three front-page photographs showing the pioneering archaeologist behind the town's discoveries, Shinichi Fujimura, planting the supposedly ancient tools at his dig site.

There, an Overlooked Man of Genius

Despite the giddy acclaim garnered by Fujimura before his fall, despite the lavish attention paid his "work" by the world press, another Japanese scientist -- and his well-documented, revolutionary work -- went overlooked.

That man, Chonosuke Okamura, unearthed thousands of samples that are unquestionably genuine. Yet Okamura, an individual of immensely singular paleontological genius, is virtually unknown by the public. The November/December issue of the Annals of Improbable Research published a tribute to Okamura. The tribute was written by Earle Spamer of the Academy of Natural Sciences in Philadelphia. Spamer is the world's leading scholar on Okamura.

It was Okamura who demonstrated that all living creatures are descended from mini-creatures -- now long extinct -- that were at most 5 millimeters tall. No paleontologists have even bothered to dispute Okamura's theory. Neither theory nor man is mentioned in any textbook.

Fossil of a miniperson (approx 3.5 millimeters tall) holding a minibaby. Photo reproduced from the published works of C. Okamura.

Okamura's oeuvre threatens to overturn much of the science world's conventional wisdom. Yet in Japan and elsewhere, few even know his name. That is a shame. It is to be hoped that the world press, shamed perhaps by its unthinking praise of the faker Fujimura, will now turn its careful attention and giddy celebrity-making powers to that colorful, yet unfairly obscure pioneer, Chonosuke Okamura.

This is a HotAIR exclusive feature item. For a list of other HotAIR featured items, see What's New.

HOME > NEWS > LOST & FOUND -- A Faker is Celebrated, A Seer is Overlooked