The team that won the 2017 Ig Nobel Biology Prize for discovering a female penis, and a male vagina, in a cave insect has published a new paper, reporting a further discovery about the body parts of that insect. 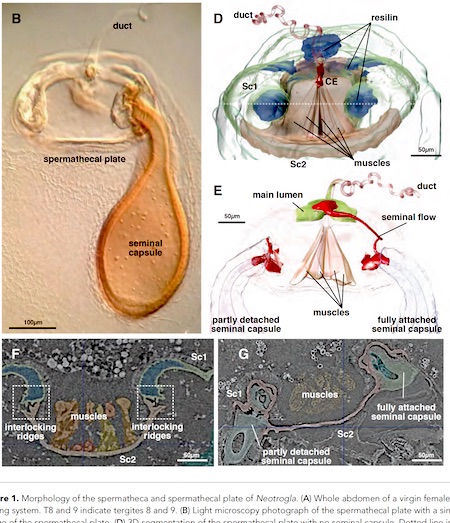 “In dry caves of southeastern Brazil, live a group of insects named Neotrogla that are perhaps best known because the egg-producing females have penises while the sperm-producing males have vaginas. The sex roles of these Brazilian cave insects are also reversed: females compete over the males, who in turn are selective of their female partners….

“The valve complex has two slots for insemination so that Neotrogla can continue mating while the first slot is occupied. In conjunction with the female penis, this switching valve is a morphological novelty enabling females to compete for seminal gifts in their nutrient-poor cave habitats through long copulation times and multiple seminal injections.”