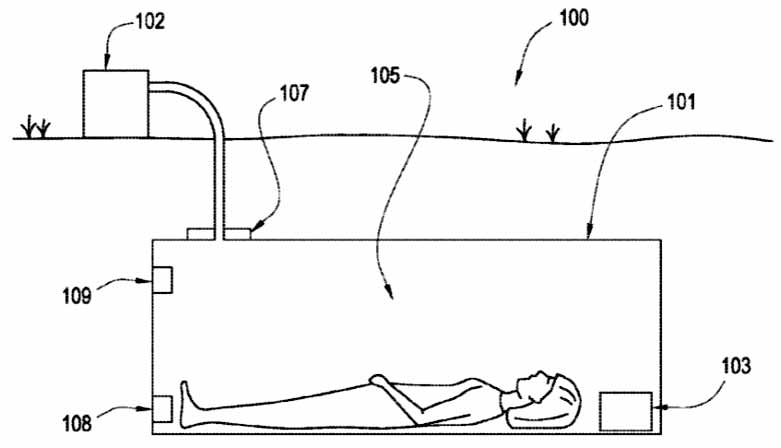 “[…] it is an established fact that all human and/or animal corpses commence to decay and decompose immediately after death occurs.

A recently published German newspaper article clearly attests to this corpse decay factor, and also provides data pertaining to the approximate rate of that decomposition. This item was published by the Deutsche Presse Agentur News Agency in March, 1994. It was re-published in the Mobile Press Register newspaper on Nov. 5, 1994. This article states, in its entirety, as follows:

‘The Deutsche Presse Agentur News Agency reported in March that German cemetery operators are worried about the increasing resilience of embalmed bodies. Because of the country’s land shortage, burial plots are often only rented out for 15 year periods, with the hope that the bodies will have decomposed by that time, and that families will not object to their disposal. Cemetery owners are now avoiding certain soils that retard air and moisture circulation, because they restrict the growth of bacteria that eat the bodies.’ “

The quote [* see note below] comes from a new US patent (8,695,184 ) Apr. 15th 2014, entitled ‘Method and apparatus for preserving human and animal remains’ Inventor Dr. Kurt W. Mikat, M.D., of Windermere, Florida, US, has the idea of preserving the deceased in a way which has some similarities with the preservation of foodstuffs, by use of a vacuum. To further develop the invention, the doctor has formed a Florida-based company, ‘Everlasting Preservation Systems’ which is currently seeking

“ … business developers, entrepreneurs, investors, vacuum pump manufacturers, funeral professionals, burial vault and casket manufacturers and others who can see the great potential of what we are trying to do.“

“The revolutionary aspect of our methods consist of the rapidity of total body dehydration including deep internal parts without opening or traumatizing the remains so that significant decay is quickly precluded. This results in a markedly lighter and somewhat smaller body. It also may result in shrinkage of the facial features but this can be prevented by appropriate measures if desired.”