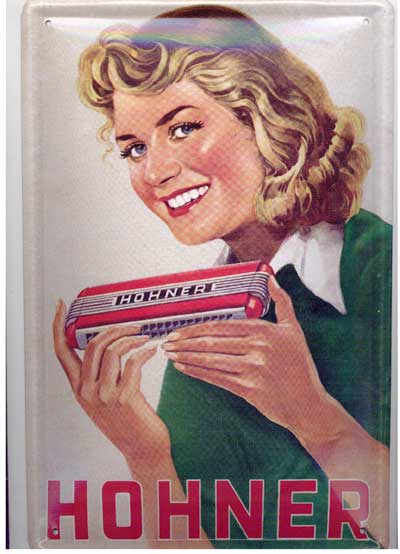 In the first study of its kind, a team of medics from the Aja University of Medical Sciences, Tehran, Iran, have investigated whether male mouth-organ players might suffer abnormally high rates of infertility. They were following the hypothesis that the hard blowing associated with harmonica playing might mimic the so-called Valsalva maneuver which, say the team, can increase the risk of developing testicular varicoceles, a common cause of male infertility.

Their experiments monitored 42 mouth organ players for varicocele rates and, as a control, compared them with 31 military-vehicle drivers (whose day-to-day work did not involve undue blowing). As hypothesised, the study revealed significant differences in the mouth-organ group :

“… the varicocele prevalence among wind instruments players has been higher than normal level, while it was normal for the drivers.”

“It seems that there is a relation between high rate of varicocele in music group and their type of activity involved with valsalva maneuver and long-term standings.”

[2] The (10x15cm) metallic picture as shown above – entitled ‘Muha Lady’ – is available from the Deutsches Harmonikamuseum (based in Trossingen, Germany) shop, for a very reasonable  € 2,50