“The prize gained Perry the attention of a literary agent who encouraged him to expand his original essay into a book,” says a PRI report about Professor John Perry. (Click here to read the report and hear an interview with Professor Perry, on The Takeaway program.)

That prize is the 2011 Ig Nobel Prize in literature, awarded to Professor Perry [pictured here] for his Theory of Structured Procrastination, which says: To be a high achiever, always work on something important, using it as a way to avoid doing something that’s even more important.

Now, at long last, Professor Perry has produced a new book about procrastination. It’s called The Art of Procrastination: A Guide to Effective Dawdling, Lollygagging and Postponing, published by Workman Publishing. 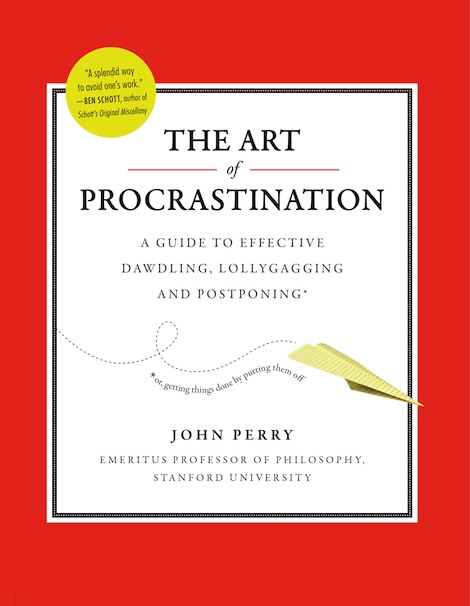