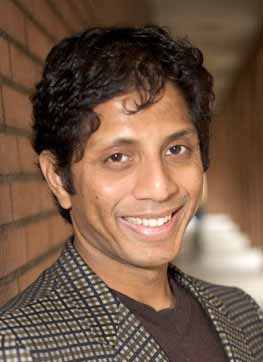 The Signal Analysis and Interpretation Laboratory (SAIL) has attempted construction of a ‘Synthetic Laughter Generator’ – which could be of use as a responder to their ‘Automatic Sarcasm Recognizer’ previously described here. The lab published a paper on the subject  of Automatic acoustic synthesis of human-like laughter in the Journal of the Acoustical Society of America, 121:1(527-535) 2007. It points out that “… natural expressive speech quality is essential for synthesizing long exchanges of human-machine dialogs and for information relaying monologs.” Something which a synthetic laughter generator may be able to enhance – say, for example in an interaction with a robotic agent at a call-centre. Using a computerised spring-damper paradigm which mimics the oscillatory behaviour of real laughter, the lab managed to generate bouts of synthetic laughs – but questions remain as to their acceptability for real-world use : “It is [also] difficult to define a quantitative measure or a quantitative set of parameters to define an acceptable form of laughter.” explain the researchers. Sadly, the lab’s web-page on their synthetic laughter project has, for some reason, disappeared  – but it has been partially archived by the Wayback Machine (though the audio samples themselves have gone ) Happily though, Improbable has managed to track down a small audio sample of the lab’s work. Play here (.mp3 format)

Note: The work reported in this paper was supported in part by grants from the NSF and the U.S. Army.