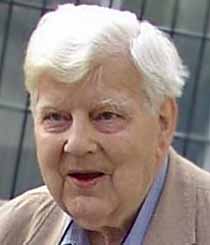 Sir Michael Anthony Eardley Dummett FBA D.Litt., is Wykeham Professor of Logic Emeritus at the University of Oxford, and he likes playing cards. So much so that he co-founded the International Playing-Card Society, which is currently asking scholars (and other interested parties) to help with Unsolved Problems in Playing-Card Research.
Problems such as:
● What type of Tarot game is or was played in Sardinia?
● Is it possible to find XIVth-century European cards showing court figures?
● Can any reasonable explanation be found for the naming of the Cups suit in the pack in the Topkapi in Istanbul tsûmân?
Professor Dummett’s research also deals with philosophical issues, and he is one of the few contemporary scholars to have asked (and to have provided the first steps towards answering) the question ‘Could There Be Unicorns?‘ [scroll to page 328 (214 in the .pdf)]
He has also played a lead hand in developing a theory of Anti-Realism.

“According to anti-realism, there is no guarantee that every sentence is determinately true or false.” [source: IEP]