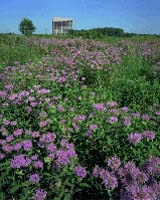 Hence it is quite credible that the presence of a feline animal in large numbers in a district might determine, through the intervention first of mice and then of bees, the frequency of certain flowers in that district!

This only-occasionally celebrated passage from Charles Darwin’s The Origin of Species is highlighted in Robert Frenay’s new book, Pulse.